For the Sake of the Children Senator Anne C. Cools 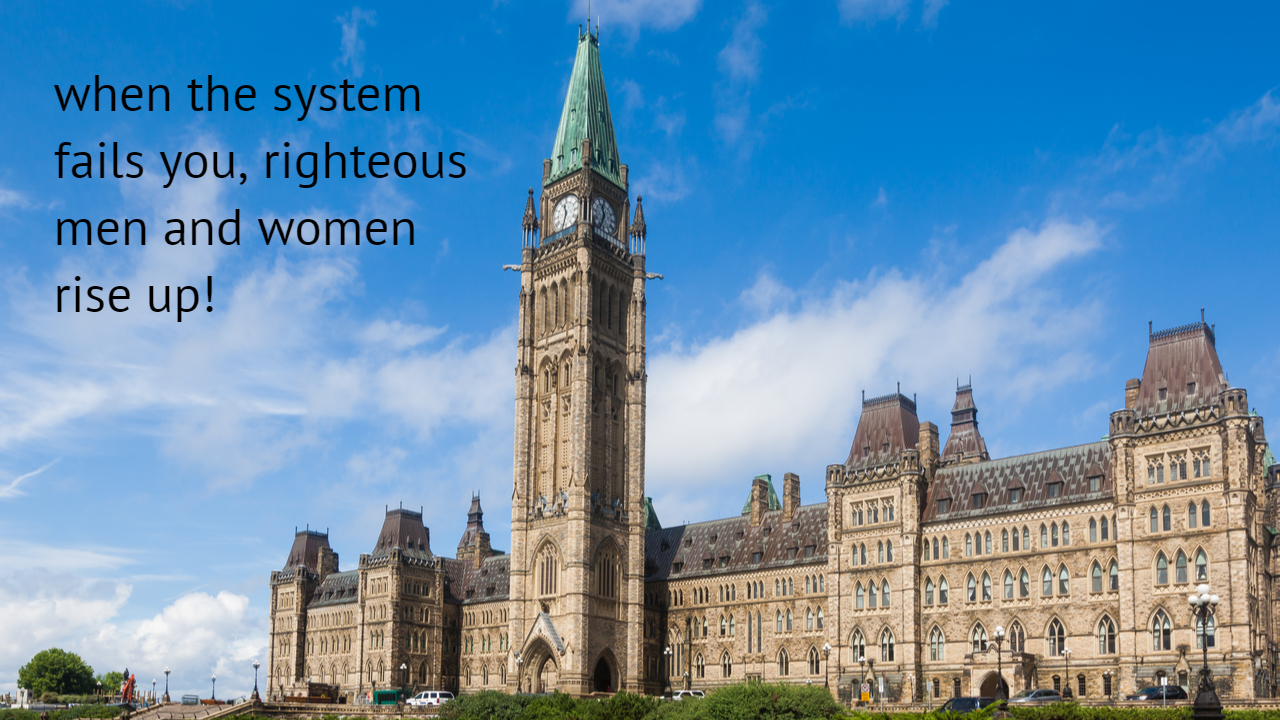 I thought I would end this book with an excerpt of a speech from Senator Anne C. Cools (then a Conservative Senator and later part of the Independent Senators Group). The message in her speech from the red chamber is as relevant today as it was in 1998 which indicates the lack of will and action that has taken place in support of families over this period of time.

I have long admired Senator Anne Clare Cools. She has been described as “An outspoken and tireless defender of the family who stands out in Canadian politics for an attribute sorely lacking in most politicians….back-bone. 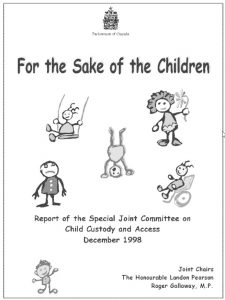 Anne Cools was appointed to the Senate in January 1984 on the recommendation of then Prime Minister Pierre Trudeau. Senator Cools, in recalling Mr. Trudeau’s request for her to join the Senate, said, “Mr. Trudeau asked me to promise him that I would continue my work with troubled families.

In 2004 Senator Cools made a decision to become a Conservative Senator and she described Stephen Harper as “Canada’s hope for change”.

Mr. Harper said, “Senator Cools has an impressive record of public service to this country. In the face of scorn and derision by some, she has persisted in holding the government accountable. She has long earned my respect, and now my support, in joining the Conservative caucus in the Senate.”

Senator Cools has long held many non-partisan friendships on Parliament Hill, including then Deputy Conservative Leader Peter MacKay. “Senator Cools is a person of deep spiritual conviction and a valued friend. Her office is open to those who value honesty and debate, and it has certainly been open to me when I have needed advice and guidance,” said MacKay. “It would be impossible for her to rise any further in my esteem.”

Senator Cools seeks to have the new legislation to include the new concept of shared parenting, joint custody.

I rise to speak to this committee’s report, “For the Sake of the Children.”

Honourable senators, these issues have been my work throughout my adult life. I recall my maiden speech here in this chamber made in response to the Throne Speech of the newly elected Conservative government of Prime Minister Brian Mulroney. That day, December 4, 1984, I spoke about divorce and families. I said:

In the section on social justice, the government makes a great commitment to women. I plead and pray that this commitment to women is real and not part and parcel of the rather hysterical, cosmetic, so-called “justice for women” which seems to be running rampant these days, particularly in the newspapers.

This woman is one who believes she can have her personhood without robbing other human beings of their personhood. I hope the commitment in the Throne Speech is to a genuine and real womanhood.

About divorce and the government’s then intention to bring a bill, I continued:

I intend to work towards ensuring that the new legislation will include, or at least that an attempt will be made to have it include the new concept of shared parenting, joint custody, so that one spouse is not isolated from parenting at the wish and whim of the other. I hope the new legislation will reduce the deleterious effects on children of these marital disputes.

The speech mentions enforcement of maintenance orders, but it does not mention an amendment to the Income Tax Act so that perhaps spouses who are paying support for children over 18 years may be permitted to pay the children directly rather than making payments to the spouse, so that those paying spouses can glean some sort of shelter under the Income Tax Act.

I repeat, in 1984, I proposed and supported shared parenting.

The pollster, Dr. Conrad Winn is quoted as stating that:

I’m surprised because these issues haven’t been on the agenda of Canadian politics for a very long time. The most astonishing thing is the absolute consensus among men and women about how the rights and obligations of fathers and children are being ignored.

That same poll told us that, of the respondents, 70 per cent of Canadians believe that children of divorce receive too little attention and 62 per cent said that fathers receive too little attention. Eighty per cent of those surveyed felt it was very important for children of divorced parents to maintain an ongoing relationship with the non-custodial parent. When one looked at younger Canadians, those 30 years and under, that number rose to 86 per cent. That poll very clearly told us that there is a growing commitment among younger Canadians to parenting and family life.

These poll results show very clearly that Canadian public opinion is in tune with the finest of this joint committee’s recommendations, which are the recommendations for shared parenting. Canadians care, and care passionately, about the children of divorce.

This Committee recommends that the terms “custody and access” no longer be used in the Divorce Act and instead that the meaning of both terms be incorporated and received in the new term “shared parenting,” which shall be taken to include all the meanings, rights, obligations, and common-law and statutory interpretations embodied previously in the terms “custody and access.”

This means a transfer of the legal meaning and power of the terms “custody and access” to the term “shared parenting.”

This Committee recommends that the common law “tender years doctrine” be rejected as a guide to decision making about parenting.

This Committee recommends that both parents of a child receive information and records in respect of the child’s development and social activities, such as school records, medical records and other relevant information. The obligation to provide such information should extend to schools, doctors, hospitals and others generating such information or records, as well as to both parents, unless ordered otherwise by a court.

Honourable senators, this recommendation says very clearly that no parent of a child is to be denied information by any school principal about a child, and that the principal must not be put in a difficult position. Both parents will have an entitlement in law to that sort of information about their child.

Honourable senators, it is very important that we understand this, because last year when we fought here on Bill C-41, we fought because the federal Divorce Act is one of the few places in federal legislation that ever ascribed any entitlement to children. Most children’s issues are dealt with provincially. One of the reasons I objected so strongly last year was that I saw that the repeal of a particular section was the removal of an historical right of children, which was recorded and articulated in the Divorce Act. The only other place in federal legislation that the rights of children were articulated was the Juvenile Delinquents Act. I have said in this chamber before that Sir Wilfrid Laurier had been inching his way to bring the issues around children into federal purview, and that had motivated the Juvenile Delinquents Act in 1908.

Honourable senators, these recommendations propose a new Divorce Act which will vindicate, in statute, the entitlement of children to their two parents so as to bring forward a modern, contemporary and balanced law to meet the year 2000. Two parents by the year 2000 is my new motto. You could call it “two by two.”

Honourable senators, this committee for me, personally, have been the “committee from hell.” I borrow that metaphor from Toronto author Wendy Dennis’s just published book, The Divorce from Hell. She wrote about the divorce inferno that has consumed so many families emotionally and financially. I describe it as the “committee from hell” because of the persistent derision and maligning directed towards me from certain quarters, aggression which has only added to my character and strengthened my resolve to bring some light to this darkness, as some children of divorce, sometimes described by me as the children of Sisyphus, are held hostage to conflict, even hatred, while the courts and Parliament have seen fit to do little or nothing to correct the obvious injustice and the anguish of so many. This silence is indicative of our human paucity, the paucity and imperfection of human nature, and the paucity of the human condition. That, honourable senators, is a grand mystery of life, which is only understood in the long run by having a spiritual set of beliefs.

Honourable senators, I have travelled the width and breadth of this country on these issues. I have spoken to thousands of Canadians in person and to millions in media interviews. They, the public, have spoken to me; their support is enormous and, I would add, very humbling. The public mind of this land and the public heart has spoken. In fact, the public will of this land has overtaken the committee’s report. The report of the committee has been overtaken by the developments in the public mind and the public realm. The public of this land wants the Minister of Justice, Anne McLellan, to act speedily, without delay, to bring a new Divorce Act to reflect contemporary Canadian values of fairness, balance and equality for children, parents and families in divorce. Canadians want our government to adopt aggressive policies and values on family and family life. Change is necessary.

Honourable senators, you would have to know my family and how I grew up, but I was raised to believe that one person can make a difference. I hope that I have made a difference. I have certainly tried very hard to do so.

Honourable senators, I would like to close by quoting Psalm 127, verse 3:

Children are a gift from the LORD; They are a real blessing.

Honourable senators, I sincerely believe this. As persons, as individuals and as parliamentarians, and on behalf of the Sovereign, the Supreme Parent, the parens patriae, we are the stewards of the children of this land. 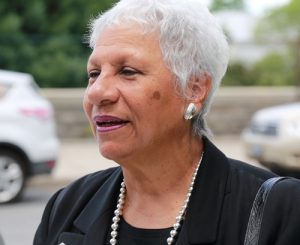 Senator upon her retirement on August 12, 2018. She led a joint Senate/House of Commons committee, with MP Roger Gallaway, aimed at including child custody laws. That committee recommended shared parenting in its landmark report For the Sake of the Children. As a social worker, Cools was a pioneer in the protection of women from domestic violence, running one of the first domestic violence shelters in Canada. During her career, she came to be equally enthusiastic – and courageous – a voice for boys and men, championing fathers’ rights, shelters for abused men and proper procedures around sexual assault allegations.

During her 34 years in the Senate, Senator Cools travelled across the country and met, and spoke with, Canadians in all regions. Over time she found that public opinion shifted and became more open and favourable to the need to address men’s issues. In this talk, Senator Cools will discuss changes that she saw in public opinion regarding men’s issues, policy formation, and recommendations for action that we can take to promote fairness and equality for all in the law 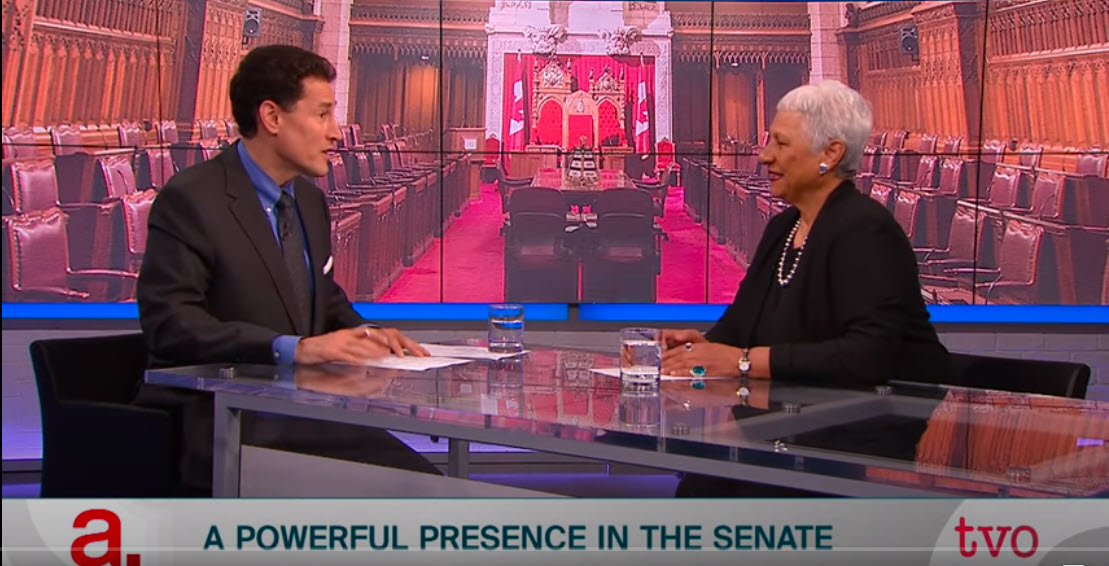 This blog post is an excerpt from his book Courts From Hell – Family InJustice in Canada. Frank Simons tells us since the introduction of the so-called “No-Fault Divorce” in Canada, the divorce industry has evidenced unprecedented growth estimated at $10 billion per year. The problem is that the Legal / Court industry thrives off the $B’s generated by Taxpayers and Families in crises. For this, they provide no value and in fact cause destruction of families by unnecessarily removing fathers from children’s lives and lowering the standard of living for all family members. This is done through unnecessary litigation, biased decisions and unreasonable support orders which escalate the conflict to perpetuate the status quo in support of their self-serving business. The Solution is to update divorce laws to reflect parental equality and get families out of court eliminating significant grief and $’s wasted by families and taxpayers.