Filing taxes when separated in Canada

TAX – The Impacts…. Can they make it any more difficult?

Considering the pervasiveness of divorce, I was surprised to find the tax system so out of sync with the realities and impacts. In my own situation there was lack of accommodation of basic circumstances, an inability to correct known problems, long delays, a general inflexibility, insensitivity and in some case an overall lack of common sense of the rules.

Following are some issues I experienced, I’m sure there are more but thought it would provide a context for a review.

Tax Grab From Families  : Coincident with the introduction of the Child Support Guidelines the government also changed the tax deductibility of the child support payments from the payer to the recipient. I have yet to see a rationale that justifies this other than a blatant tax grab. For a system that is supposedly focused on the “children’s best interest” it does exactly the opposite and has severely impacted families that need the most support. Those families where a custodial spouse is not employed or has a lower income than the paying parent. In my situation the extra tax taken from my family amounted to $1,000 a month. Since introduction of this change in 1997 it is acknowledged in the federal tax budget documents that additional $billions in taxes are collected from families in crises. 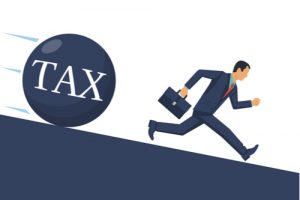 E.I. – Support Payment Claw back : For a period of time I was unemployed and receiving Employment Insurance (E.I.) was ordered to pay child and spousal support on this amount. Having never been on E.I., I was surprised to find that once I was reemployed and based on total year income, it was necessary to repay the E.I.. In essence, I am expected to pay support on monies I will never receive. Does that make sense?

Spousal Support Catch 22 :  As spousal support is tax deductible, this is taken into account by the judge in setting the amount of support. The problem arises that only once the order is made can you apply to the CCRA to adjust deductions. By the time this application is reviewed, the payer is already in arrears and as such is denied what should be an allowable deduction. So it’s a catch 22. As every cent is critical at this time, it’s impossible to pay support without the tax adjustment yet you can’t get the tax adjustment while in arrears (by the way this is yet another way the system creates deadbeats).

To Make Matters Worse : It seems the CCRA takes child and spousal support as a bundle and although child support is not a deduction to the payer the spousal support is. To add to the Catch 22 above, when there are arrears to which the CCRA contributes, they do not honour the deduction for spousal support until Child Support is satisfied. So the Spousal Support deduction is used to arrive at the quantum of support in the first place yet it never materializes so not only is this amount missing from the income side, the payer is again paying support on monies he will never receive.

TAX Discrimination Legal Costs : At least the TAX department is open on this one, gets to the point and spells it out. The applicant for child or spousal support gets to deduct legal fees. The cost to defend a claim is not deductible. Guess who benefits?

Wasted Tax Child Deduction : With the woman receiving child support after tax, her income is typically less or in my case and with many nonexistent. Even though the father pays the tax on child support the mother gets the child tax deduction. This is another tax grab by the government in addition to the $billions taken in reversing the tax treatment in the first place.

CCRA Disallows Deduction for Children with the Payer : In situations of split custodial arrangements where the father is paying support for children with his ex, he is obviously able to deduct tax for the children with him. However, when the tax department sees that he is paying child support, they assume he is not eligible and disallows the deduction. As with any tax issue it takes the better part of a year to correct this situation. Yet it’s not a one time thing. The same problem reoccurs each year. I’ve found that this is a known problem that no one has bothered to fix. Can they make life any more difficult than it already is?

This blog post is an excerpt from his book Courts From Hell – Family InJustice in Canada. Frank Simons tells us since the introduction of the so-called “No-Fault Divorce” in Canada, the divorce industrial complex has evidenced unprecedented growth estimated at $10 billion per year. The problem is that the Legal / Court industry thrives off the $B’s generated by Taxpayers and Families in crises. For this, they provide no value and in fact cause destruction of families by unnecessarily removing fathers from children’s lives and lowering the standard of living for all family members. This is done through unnecessary litigation, biased decisions and unreasonable support orders which escalate the conflict to perpetuate the status quo in support of their self-serving business. The Solution is to update Ontario divorce laws to reflect parental equality and get families out of court eliminating significant grief and $’s wasted by families and taxpayers.